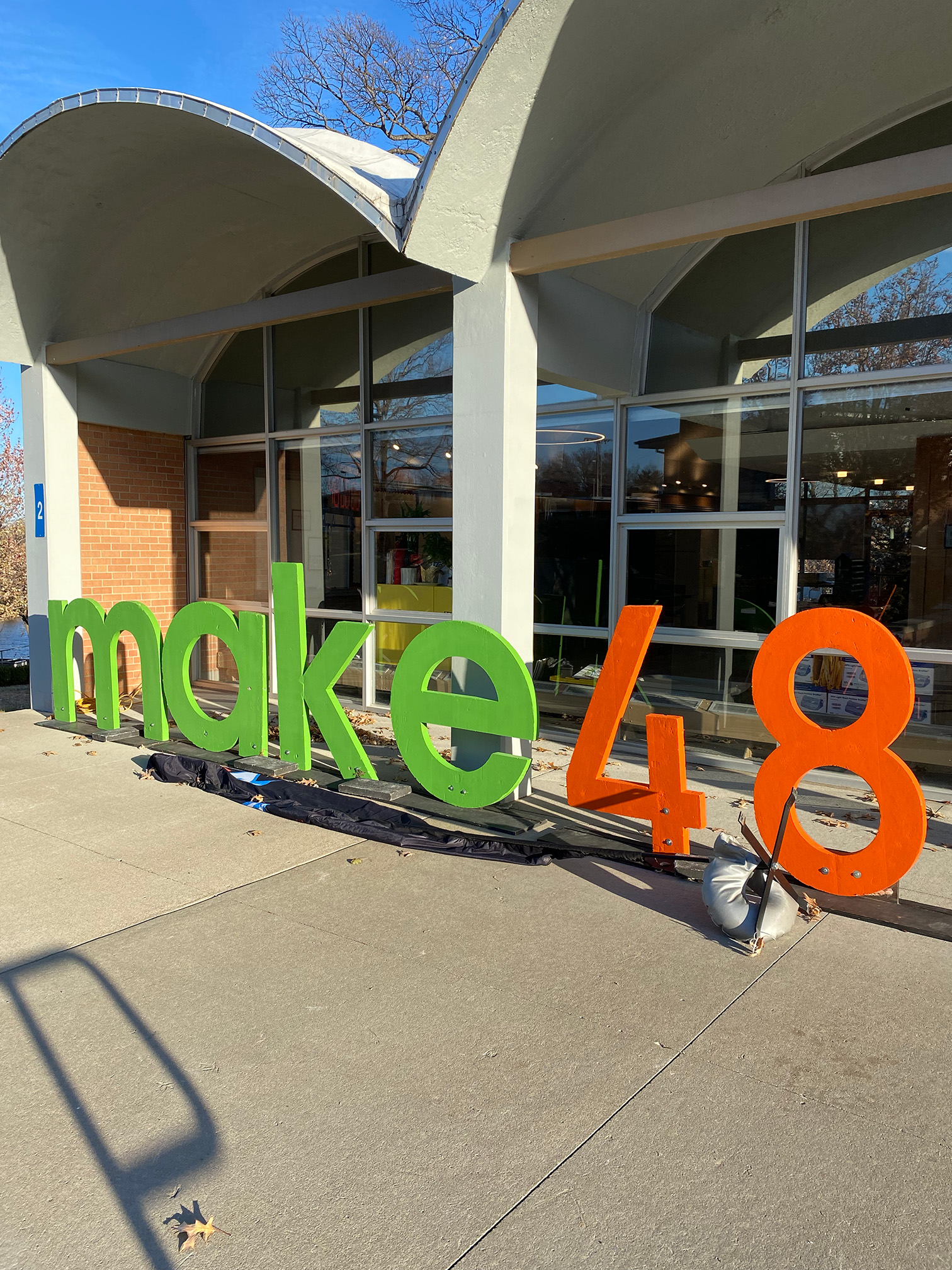 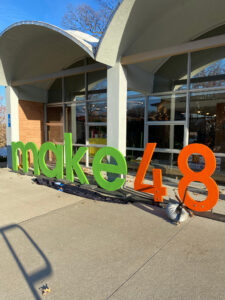 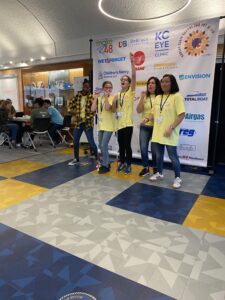 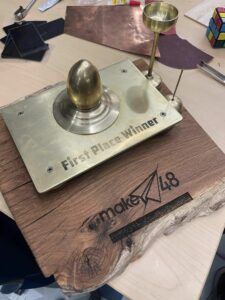 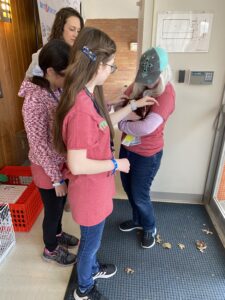 opens in a new windowShared from Make48 Blog:

“Spreading inclusivity, collaboration and making at The Kansas State School For The Blind was the perfect ending to the 2022 year. We went to spread inspiration, and in return, found ourselves inspired by the teams. Nineteen (19) students were tasked to create a prototype in 48 hours and they found themselves at the finish line with the support of the community and successful business leaders.

Spreading inclusivity, collaboration and making at opens in a new windowThe Kansas State School For The Blind was the perfect ending to the 2022 year. We went to spread inspiration, and in return, found ourselves inspired by the teams. Nineteen (19) students were tasked to create a prototype in 48 hours and they found themselves at the finish line with the support of the community and successful business leaders.

Make48’s lead Tool Tech was Lydia Knopp, the Makerspace coordinator at KSSB. Lydia is relatively new to teaching at the school. “I have learned so much from working with the students here this past year. The students that go here year-round are incredible, and they’ve been excited for Make48. Then seeing the students from all across the state come here for Make48, a lot of them have been in the Makerspace, but never to this extent with all these amazing talented people and crazy power tools that Make48 brought in. They’re super stoked.”

The theme, Chickens in the Kitchen was their only clue. Students learned that they had to create a working prototype for a Chicken Egg dispenser OR holder that holds, displays and potentially dispenses chicken eggs. Eggs purchased from a store have been washed and need to remain refrigerated, BUT for people who raise their own laying hens, eggs do not have to be washed (for personal use.) This is the result of chickens having a “bloom” around the egg itself that creates a natural protection against bacteria. This bloom stays in place until the egg is washed and allows eggs to be stored at room temperature.

Using the tool techs and mentors, they went to work to build an egg dispenser that needed to include; instructions and a parts sheet (how to build it), a one-minute EXPLAINER video, brand name & tagline, and had to CAD design the prototype and show a rendering on the instruction sheet with help from the Onshape team. Finally, the prototype had to avoid sharp edges/loose parts. Six teams took the challenge to heart and came up with some beautiful designs and conceptions using our techs from ShopBot, Airgas, Onshape, MatterHackers, Ultimaker and Fastenal. Makers Whitney Manney, Stan Fernald, Adam Kittrell and Travis Putman were also onhand to build the trophies and get the teams to the finish line.

During the 2 day event, the competition was visited by KSHB’s Caroline Hogan, where she interviewed students Hashim and Jimmy as well as Tom Gray (Make48 CEO). Even Jetta got on the mic, giving shout-outs to the crew! Students at The Kansas State School For The Blind also designed t-shirts to sell for the event.

There would be no event without the teams and their team captains who sacrificed their weekend to share their knowledge and time, and send a message that STEM is for all students. Jon Harding noted, “STEM IS for all students, and those who are blind can display their intelligence, creativity, and team-building skills alongside community and business leaders. This competition allowed our students to build relationships with adults and peers in a positive, exciting environment.”

All the teams did an outstanding job on pitching their solutions. Chris Carr (Blind Spot KC), Angie Viebrock (Farm Wife’s Table) and Chris Chapin (Chair of Product Design, KCAI) came in to judge the competition. Reaching a decision was hard, but one team was crowned the winner and will represent KSSB at Nationals! They will also receive a $2,000 cash prize from Make48 and Chris Carr, the founder of the Blind Spot KC, has gifted each first-place winning team member an Eone Timepiece. These timepieces allow you to feel the time by touch. Using raised markers, users simply run their finger over the markers where the ball bearings are located. On top of the gift, Chris generously handed out $1,000 to each of the teams who didn’t place first! All the teams left with a cash prize and they are grateful to the Blind Spot KC for their donation.

The KSSB faculty and staff members were invaluable to our team. Amy Gray (Make48 Event Director) worked tirelessly with Aundrayah Shermer on the planning and execution of the event. Due to an illness, Aundrayah had to miss the competition but Pam stepped up in her place. The teams were also given a bunch of support from staff including; Lydia, Vicki, Leah, Robin, Shelby, Sara, Kelly, Sue, Jeanne, Lori, and Bob. It’s due to these amazing educators and community members who help keep things running smoothly, that events like these can be so successful.. Jon said, “I think what the students and the community have taught us in one word is “surprise.” They surprise us when we give kids the tools to do interesting, meaningful things. We know they have the talent, the ability, and the motivation to do these things, and they always surprise us and exceed our expectations. Those are the things that I think about when I think of our Makerspace.”

The KSSB episode will be released in early 2023 and we can’t wait to share the final competition of the year. It was an incredible 48 hours and there have been relationships created for life. The Kansas State School For The Blind is a very special place, and the team at Make48 learned so much and are grateful for the opportunity to work with the KSSB group and their unbelievable students.

Students from across the State of Kansas joined us for the first ever Make48 competition weekend. opens in a new windowMeet the student teams here.

opens in a new windowMeet the Supporters of Make48 here

From Our Blog
KSSB Eagales
Back To Top