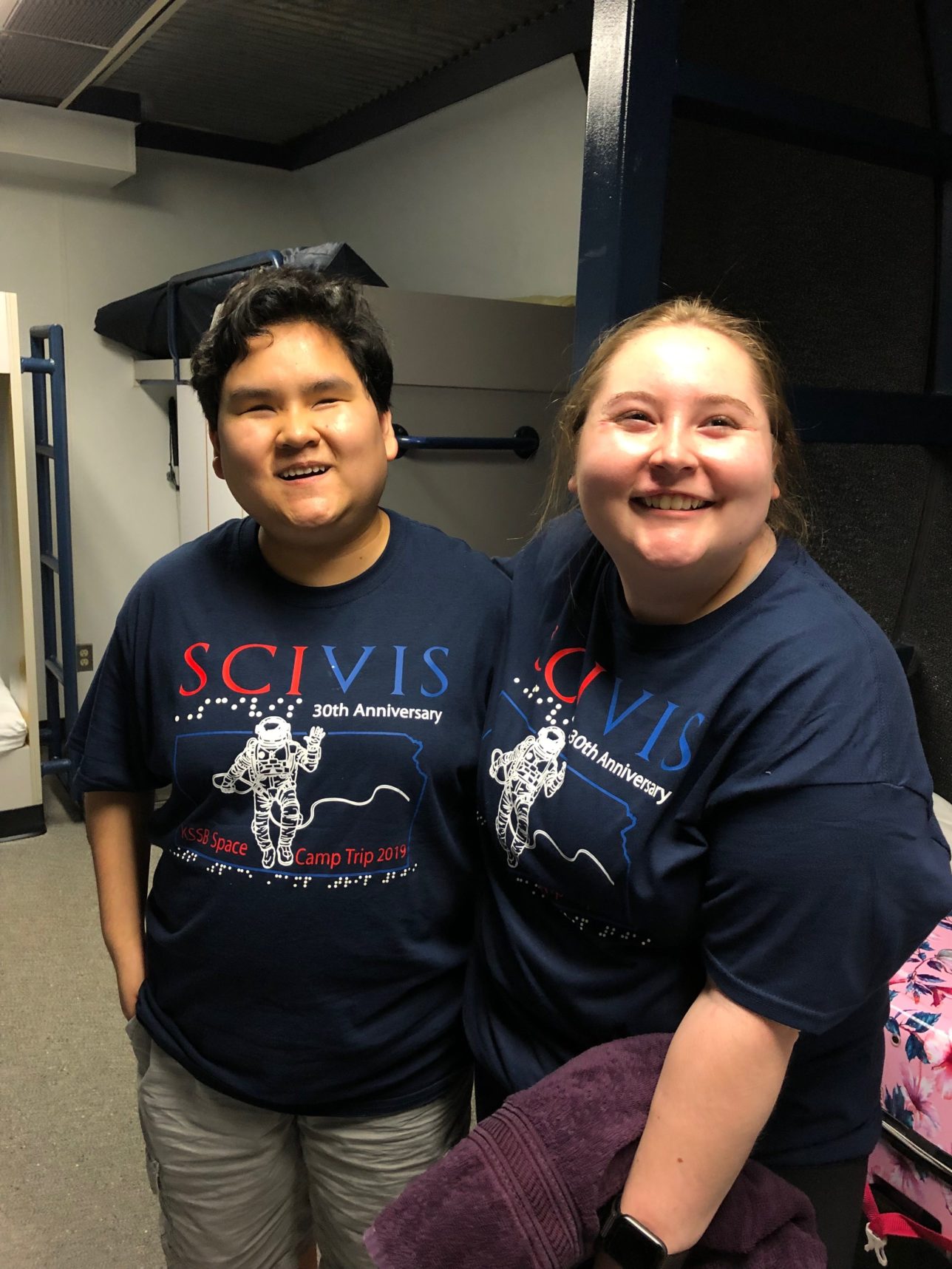 Image Description: A circle with stars in the background and the words SCIVIS in print and braille in the center. Around the top edge reads Space Camp for Interested Visually Impaired Students. On the bottom edge are the words: Adventure, Challenge, and Education.

Students from KSSB are at Space Camp (SCIVIS) this week. SCIVIS is an acronym that stands for “Space Camp for Interested Visually Impaired Students.” It is a special week set aside at Space Camp in Huntsville, Alabama at the U.S. Space & Rocket Center for students who are blind / visually impaired. Space Camp offers several educational programs each week throughout the year. For one week each fall, the Space Camp program staff, along with approximately 70 TSVI/COMS chaperones make modifications & accommodations needed for students to participate in the camp program. Print materials are made into large print or braille for the students. Computers are adapted with screen readers or screen magnification software, and tactile models are made of visual representations.

The Space Camp staff work with chaperones to make sure the program is accessible for the students. This year (2019) is the 30th anniversary of the SCIVIS program, and there will be students at camp from 26 states and 14 countries! A unique thing that is done at SCIVIS week that is not typically done during other weeks of camp is pin trading. The students wear lanyards with lapel pins on them representing the state or country they are from, and they trade pins with each other. It’s a fun way for students to introduce themselves to new people and make friends.

One of my favorite memories from SCIVIS was the year I took a student from a tiny town in rural southeast Missouri that didn’t even have a stoplight. The student had only traveled to an urban area one time in his life and had never been on an airplane. That year, we flew to Alabama from St. Louis. After a lot of new travel experiences, and meeting new people at camp, the student had an experience he would never forget. That year, Robert Lee “Hoot” Gibson was visiting the camp. Hoot Gibson is a former American naval officer and aviator, test pilot, aeronautical engineer, retired NASA astronaut, and professional pilot. Hoot was interested in learning how students with visual impairment participated in the Space Camp program. One of the chaperones dared Hoot to climb a 50-foot climbing wall/zip line under the blindfold. Not known to back away from a challenge, Hoot said that he would be happy to do it, but he was wearing dress shoes and didn’t want to ruin them. Long story short, my student ended up offering to let Hoot wear his tennis shoes to climb the wall, and he wore Hoot’s shoes. After Hoot successfully climbed the wall and completed the zip line under the blindfold, the student said, “It’s all been worth it now! I’m standing in an astronaut’s shoes!”

Thousands of students have participated in the SCIVIS program over the past thirty years. They have learned about STEM careers, expanded their knowledge of space travel, and learned about exploration in the universe. They learned how to communicate effectively, how to work as a team, and how to problem-solve. Most of all, they have learned how to push themselves & reach for their dreams. One of my favorite quotes is from a Space Camp Alumni member who said, “Just because I can’t see the stars, doesn’t mean I can’t reach for them.”

To see what the KSSB students are doing at Space Camp – watch for updates posted to the KSSB Facebook page. Anyone interested in learning more about the SCIVIS program, visit the Space Camp website. 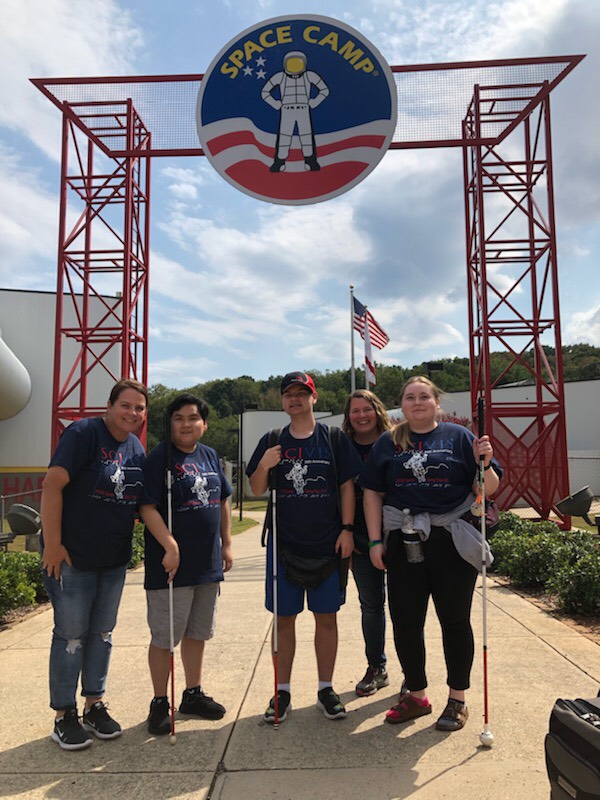