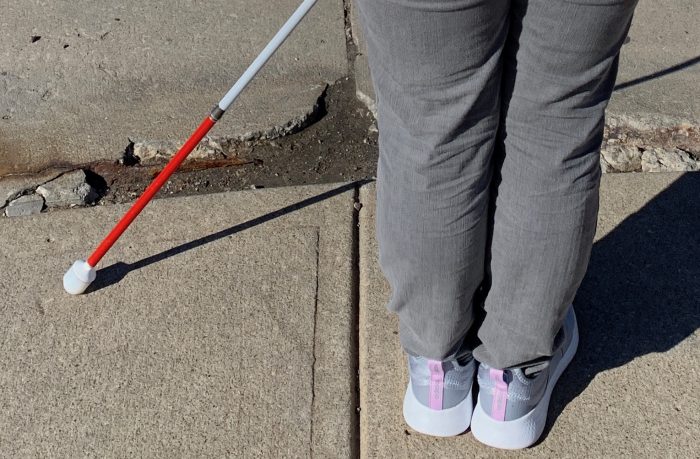 What does it mean to Flag with the White Cane

There is some controversy involving flagging your cane and how high it should go. I am writing this blog to educate people on what flagging is and explain some of its discussion.

Flagging is when the user of a cane is standing at a street, crosswalk, or any other area where they can cross where cars may move. Flagging involves lifting the cane in the air to tell drivers that the user has a visual impairment. The methods used for flagging vary depending on the user and the environment.

The idea behind this blog:

My Orientation and Mobility (O and M) instructor took a picture of me flagging my cane at an intersection and posted it to the school’s Facebook page. Some people posted on Facebook about how flagging was not taught to them, which led to a discussion on different ways to flag.

What happens when you flag:

When you flag, you send a signal to drivers to tell them you have a white cane and are visually impaired. The higher you flag, there is a generally higher chance that the driver will see you. If you flag low, the driver won’t be able to see the motion of you flagging.

Distracted drivers (drivers who are using their phone or are generally not paying attention) may also be able to see the cane if it is flagged high enough into the air.

The controversy behind flagging:

Some instructors think that it is good to flag any time you’re crossing a street, some think only when in traffic, and some others feel that flagging is not needed at all.

Even though it is taught more now, at least at our school, flagging wasn’t taught as much in the past.

Flagging has changed over the years based on new information. With this in mind, it is more critical to flag in the case of silent cars. Blind people rely on the engine of a vehicle to hear where it is and where it is going. With the new generation of silent cars, it is harder for blind people to listen for an electric car. This is why it is essential that drivers abide by state law. 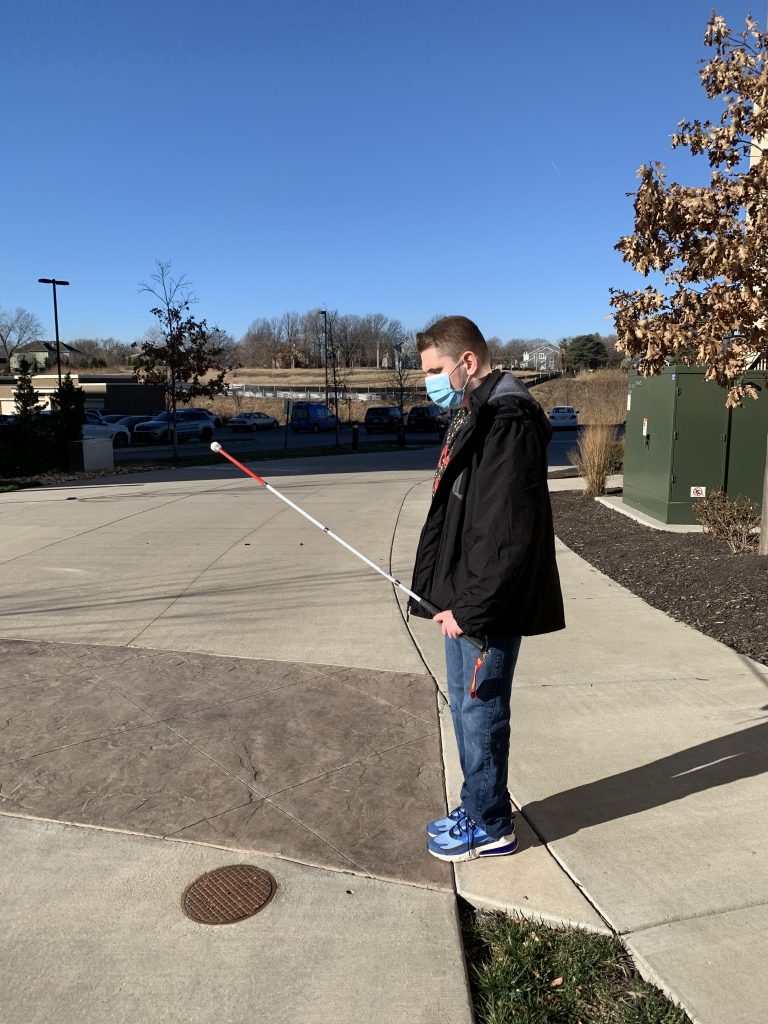 White Cane law states that drivers must come to a stop whenever someone is using a cane or a dog guide to cross the street.

White cane law varies depending on the state you’re in. Each state has its own set of rules regarding the cane and how drivers have to abide by it when they see a person holding a white cane and crossing a street.

While researching flagging, I also looked into White Cane law to see if flagging was mentioned, and I found the following:

In Missouri, the driver is liable for any damage inflicted on a pedestrian. The fines are still relatively low, considering personal injury is involved. While researching White Cane Law, the last updated resource I found was dated October 2013, so laws might have changed since then. Most states have the same laws, but the consequences vary depending on the state. In some states, you can face jail time, and in others, you’ll have to pay a fine. Other states provide a mix of both consequences.

In this blog, I discussed the controversy in flagging, the fact that some people weren’t aware of flagging, how flagging works in general, and the laws specifically about the cane and crossing streets.

For more information about the white cane and research that has been done, you can read this JVIB article.

I found information about the white cane and state laws that you might find interesting.

From Our Blog
Back To Top